Why You Should Commute With an E-bike (part 1) 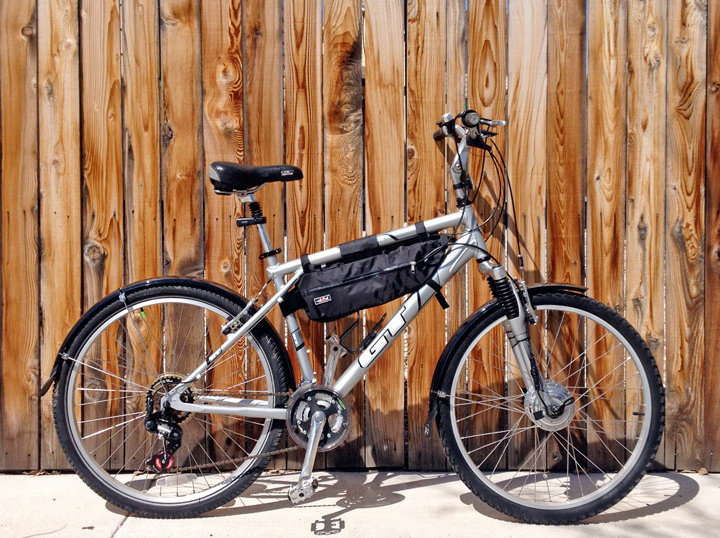 There’s no denying that battery-powered bicycles are growing in popularity. You’ve probably seen people riding them in your city, passing by you on streets where cars are at a standstill. The appeal of battery-powered bicycles if different for everyone — some love being able to get to their destination in a fraction of the time, others love that riding an electric bike is fun, while still providing a form of good exercise. It’s like eating your vegetables but having them taste like ice cream.

Whether you’re new to e-biking or you already own one, one of the biggest benefits of having one is how they help with your commute to work. While some people are still reluctant to set aside their trusty vehicle, many who have tried it don’t want to go back. In today’s post, the bicycle enthusiasts at Leeds E-bike want to share with you all of the reasons why you should switch out your car for an e-bike on your morning commute. Keep reading to get inspired!

Owning and driving a vehicle seven days a week is very costly. Some will argue that e-bikes aren’t cheap, but is that really a good argument? How much did you pay for your car? Most likely it was thousands more than a battery-powered bicycle will cost you. But it doesn’t end there.

Think of all of the other costs that go into having a vehicle. There’s the registration, license plates, insurance, gas, and routine maintenance such as oil changes. If that wasn’t enough, do you ever have to pay for parking? Hopefully, you never get into an accident, but you can imagine how much that could cost you.

There are so many reasons to commute to work with an electric bike, but money is one very big consideration. Even if you don’t get rid of your car completely, you can still save money to put toward other things that are really important to you.

People that aren’t familiar with electric bikes often wonder if there are any health benefits with riding them. The answer is a resounding “Yes!” Riding an e-bike doesn’t mean you just coast along as if riding a moped, it means you can pedal just like you do a standard bike, but you can go much faster and you can get added help for going up those tough hills. If you need a short break, you can engage the battery and let the bike do your work for you. You’ll still get a good workout, and some recent studies are showing that e-bike owners actually ride longer (because it’s fun!) and therefore they are getting the benefit of sustained, low-impact exercise. 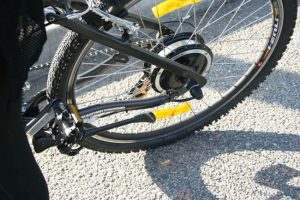 The majority of us wish we had more time to spend outside. Millions of people work in stuffy office buildings with poor air quality and fluorescent lighting. Spending eight hours a day or more in this type of environment makes people yearn to be outside in the fresh air.

For those who decide to make the commute using an electric bike, the time they spend outside before and after work is priceless. It not only boosts their mood, but it provides real health benefits in the form of fresh air and Vitamin D from sunlight. Just try commuting one day, to and from work, and you’ll see just how good you feel.

Is navigating through traffic and sitting at countless red lights part of your usual commute? Have you ever thought, “I could have made it to the next light faster if I had actually gotten out of my car and walked!” Well, how quickly could you have gotten there if you were riding an e-bike? If you drive a fair distance on fast-moving highway we can’t claim that an e-bike will get you there faster, but for those of us that drive a handful of miles in town, an electric bike might just get you to your destination quicker.

If you’re ready to change up your morning commute, why not give Leeds a call? We specialize in electric bike conversion kits that make it simple to upgrade your current pedal bike to a battery-powered bike with less investment than if you purchase a brand new one. Or, if you’re in the market for a new bike and know you want an electric one that’s ready to ride the day you get it, we carry those as well. Visit our website to learn more about all of the bikes, kits, and accessories we have to offer!